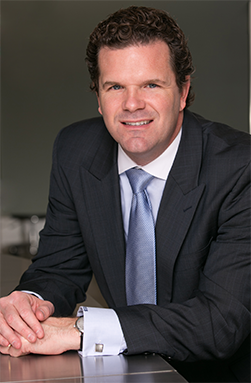 University of Michigan, 1997
Bachelor of Science in Mechanical Engineering

As a lawyer he has received much public recognition. Ryan has been rated AV Preeminent, the highest performance rating in Martindale-Hubbell’s peer review attorney rating system.  He was recognized as a 2021 to 2015 Michigan Super Lawyer in the area of business litigation, an honor reserved for less than 5% of all attorneys in Michigan.  He was also named to the 2012, 2013 and 2014 Michigan Super Lawyers – Rising Stars® lists for his work in business litigation and bankruptcy & creditor/debtor rights. He also received the 2012 Up & Coming Lawyer Award, presented by the Michigan Lawyers Weekly.

Ryan is an experienced counselor and litigator. As a counselor, he routinely advises on contracts and negotiation strategy, including frequently in the areas of franchises, automotive supplier terms and conditions, commercial real estate leases and transactions, and employment agreements. As a litigator he handles a wide variety of matters, which include, automotive supply chain disputes, breach of contract claims, commercial real estate disputes, bankruptcy issues, defamation and other torts, obtaining and defending against injunctions, and divorce and family law matters.

Ryan offers significant real world business and engineering experience that gives him a unique perspective. Prior to law school Ryan worked for publicly traded companies. He worked as an automotive product development engineer at Johnson Controls, Inc. (NYSE: JCI), a Fortune 100 company and one of the world’s largest tier one automotive suppliers. He also worked in engineering sales at SPX Corporation (NYSE: SPW), a Fortune 500 industrial conglomerate. He also worked for a joint venture of ALCOA (NYSE: AA), a Fortune 100 producer of aluminum products.

Ryan is on the board of directors of DFCU Financial, one of the state’s largest financial institutions which has over $4 billion in assets. He is also the chair of the board’s asset liability management (ALM) committee. His duties on the ALM committee include overseeing the company’s investment portfolio and monitoring interest rate risk.

SAMPLING OF PRIOR ENGAGEMENTS

Obtained a judgment of divorce where over $1,000,000 in assets was awarded to the client.

Obtained numerous receiverships over commercial properties and multi-family real estate complexes. Recent engagement involved appointment of receivers on multiple properties across the Michigan that were part of a $80 million defaulted loan portfolio.

Won numerous motions for summary judgment for lenders faced with lawsuits for improper foreclosure in the wake of Great Recession real estate crash.

Successfully defeated a beer distributor’s motion for injunctive relief seeking to enjoin one of the largest breweries in the world from terminating the distributor under a nationwide realignment of its beer distributors.

Represented an automotive client in a $65 million breach of warranty claim involving the supply of defective automotive component parts manufactured in Brazil. The case was settled one week before trial resulting in a multimillion dollar settlement in the client’s favor.

Defended an automotive client against a $60 million breach of contract case regarding early termination of a long term supply agreement in which $40 million was dismissed on summary judgment and a favorable resolution was reached on the remainder at issue.

Won an arbitration award in excess of $10 million in an automotive supplier dispute involving steel surcharges.

Counsel to Venture Industries and Dura Automotive Systems in connection with bankruptcy preference claims which resulted in the successful filing of hundreds of lawsuits and millions of dollars of recoveries.

Represented an architectural consulting firm and immediately after filing a motion to dismiss, plaintiff agreed to dismiss all claims. The case was a personal injury action arising from the defective construction of prison cells. The claims dismissed included negligence and constitutional torts.

Represented a Canadian based international supplier of plywood in a multiparty dispute regarding allegedly defective plywood.

Won partial summary judgment on claims arising from a multimillion dollar promissory note under Article 3 of the Uniform Commercial Code.